Nicole, Tim, and I met out at L1 at 6:30am yesterday. On the plus side, the overnight rain had stopped, giving us a small aperture of time to get in a swim in a very calm lake. However, we still had to contend with a very cold lake!

As my winter gear is still in storage in my garage, I had to go with only my neoprene cap and shorts (i.e. no gloves or booties). But I piled on the shea butter on all exposed areas of skin, and that seemed to make a difference in swim.

The initial immersion was its usual shock, but surprisingly not as bad as I expected. I still had the low level ice cream headache for about a minute or so, but even that had gotten better from last week.

Given the placid conditions, I kept a pretty vigorous swim pace and stayed fairly close to the wall. I turned around at the 1/4 mile point and headed back right away as I was starting to really feel the cold in my hands.

I criss crossed a bit on the return let, but made it back to L1 much faster than ususal – likley motivated by the desire to get back into my warm clothes!

I dried off and got into my civilian clothes as quickly as possible and made a quick exit to the warmth of my car – which fortunately was parked only a few blocks away! 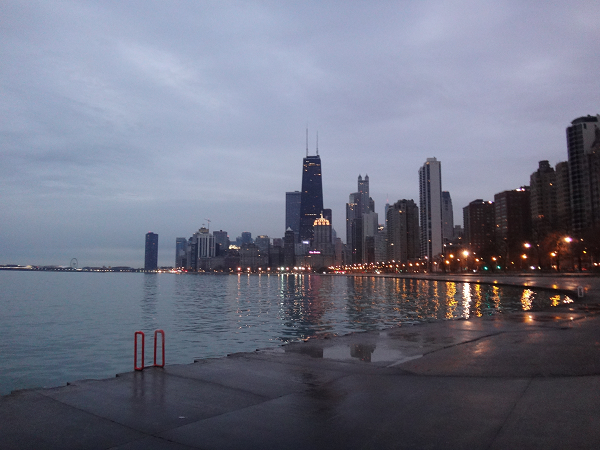 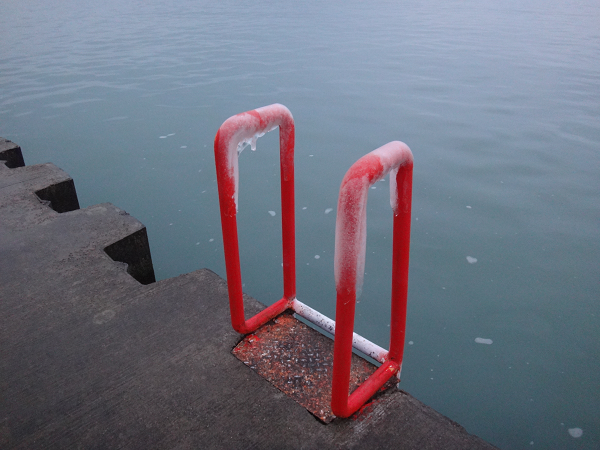