I’ll be the first to admit that 5:30am is painfully early. But I’ll let you in on a fairly well-known secret. The lakefront starts to get super crowded starting around 7:30am when the colossal hoards of running groups show up. Call me selfish, but it’s kind of nice to have the entire lakefront to yourself while the rest of the world is just hitting the snooze button for the first time.

And, of course, there are the sunrises…

Mike and I raced down to L1 in the Lake Monster Mobile*, and Nick was already there along with soon-to-be Lake Monsters Jason and Elizabeth. The lake temperature came in at 62F, and the swim area was mirror flat and amazingly clear. John and Andrew showed up a few minutes later, and John, Nick, and Mike took off for a 3-mile out-and-back to Ohio Street Beach. The rest of us climbed down the ladder shortly thereafter with slightly less ambitious swim plans.

Given the idyllic swimming conditions, it was a very easy swim to and from Oak Street Beach. There were no chops or currents to give us any grief, and we had the full benefit of a fantastic sunrise.

And what a show it was this morning! 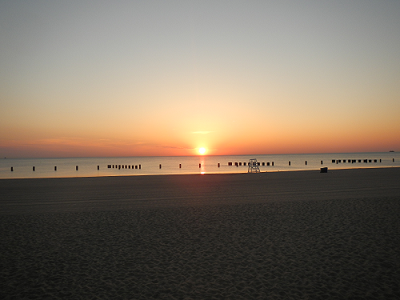 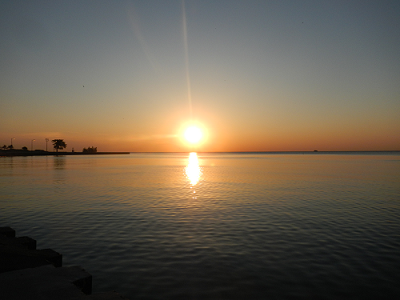 Nick, Mike, and John taking off for Ohio Street Beach! 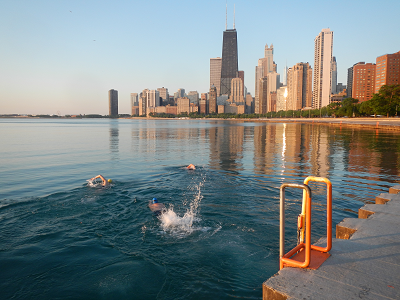 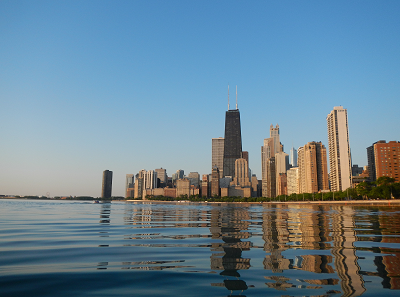 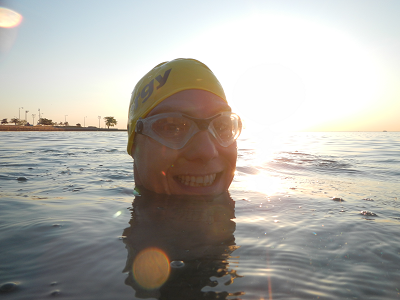 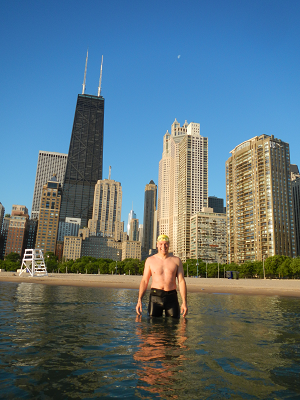 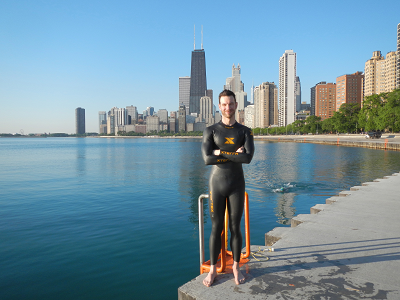 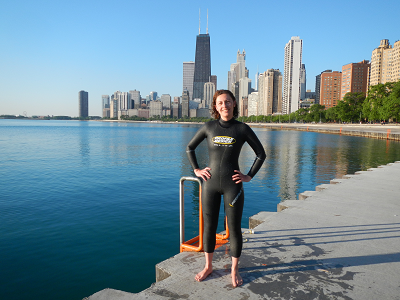 Lots of activity at L1 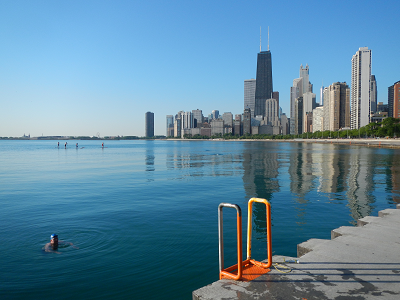 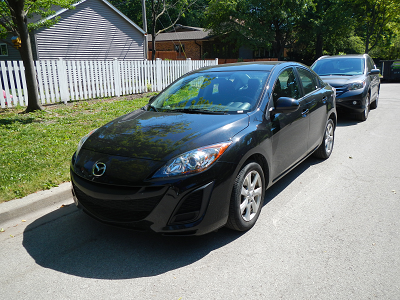