If you missed out on any of Friday night’s fireworks shows, you had a chance to catch nature’s version early Saturday morning. And it was a much better show, in my opinion!

Around ten of us gathered at L1 shortly before the sun made its grand appearance. However, the pre-dawn skies were already brilliantly lit up in various shades of red. So we knew we were in for quite a display. And Ma Nature, as always, did not disappoint!

At or around 5:21am, a fiery reddish orange orb announced its presence on the eastern horizon and quickly rose to capture everyone’s attention and imagination. We delayed our swim start a bit to take in the show, and we eventually got around to getting in the lake so that we could enjoy the sunrise at water level.

The lake had cooled off a bit from last week, coming in at a near perfect 65F. We had a variable northbound wind creating some chops that were a slight challenge to swim in during the voyage south. But the current assisted swim back to L1 more than made up for it.

I stuck around afterwards and took a leisurely swim out to the buoys to check out the skyline and lakefront path from that perspective. I had my rescue buoy with me, so I could very easily have floated out there for hours – and in fact was quite tempted to do just that! But other plans and commitments put a kibosh on that idea. Perhaps next Saturday? 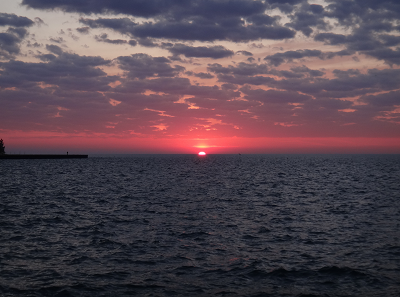 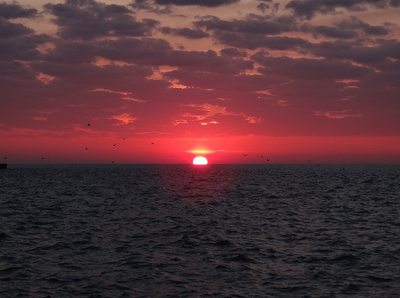 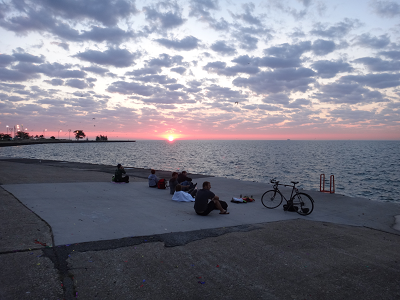 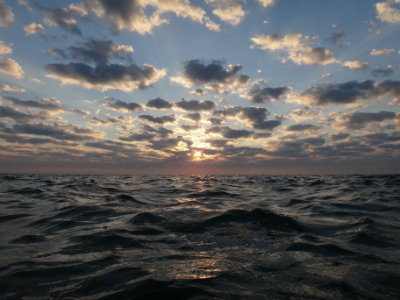 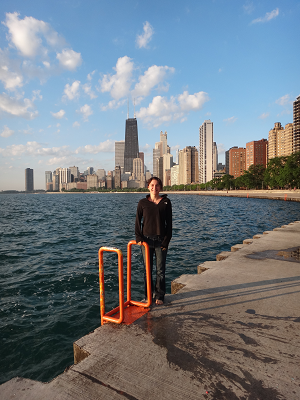 The Twins make an appearance 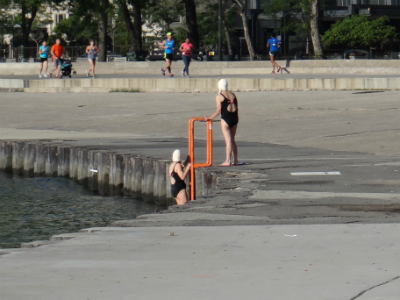 Views from the bouy 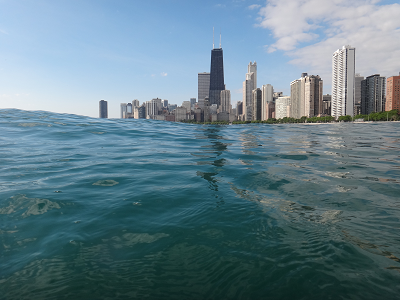 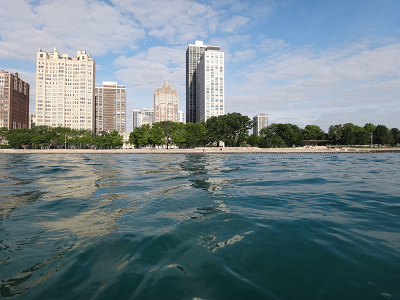