Encouraged by Jeri-Lou’s FB post yesterday reporting that the ice had cleared around L1, Nick, I, and Nick’s father-in-law Jim made the jaunt down to our favorite swim site and met up with Martin who had already arrived by bike. We were excited to see several ice-free patches close to the shore, but we had to do a little work on the ladder to ensure that we could actually get in – and out – of the lake easily!

After chopping away at the ice around the bottom rungs with my trusty pick axe, I managed to clear an entry point. And while there were still some significant ice sheets close to shore, the northbound current was slowly pushing them away from the wall and creating a very convenient swim lane for us.

Martin and I got in first and carved a channel through the remaining ice sheets out to the open water. As luck would have it, the water was perfectly calm and almost surreal in it’s clarity. Plus we had the added benefit of clear skies and very intense sunshine that helped take the edge off of the 12F air temperature.

I stopped at several points during the swim and took several shots and videos of the lake and the skyline. In the meantime, however, Nick had raised the stakes altogether by doing several laps in the lake without his wetsuit. So we just could not let that go unchallenged…

Martin and I got back in the water sporting just our hoods, gloves, and boots – much to the astonishment of some early morning runners on the lakefront path. Truth be told, I bailed out pretty quickly. But even a very short swim in these amazing conditions was an absolutely wondrous experience.

Hope to see some more of you out there come Spring!

The swim lane is open! 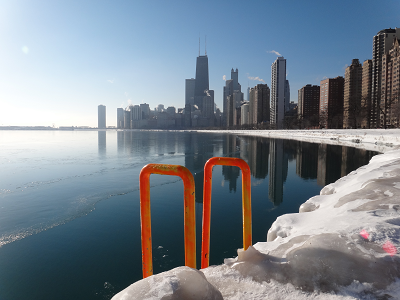 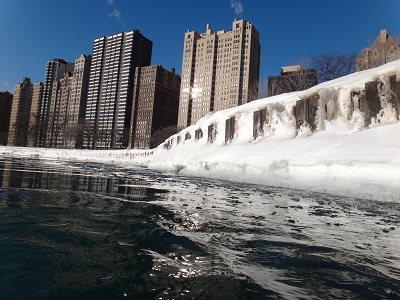 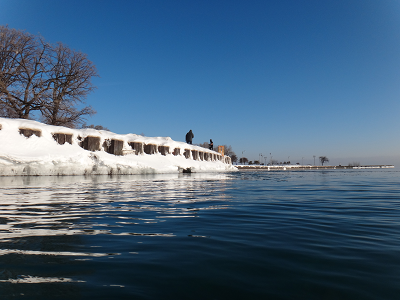 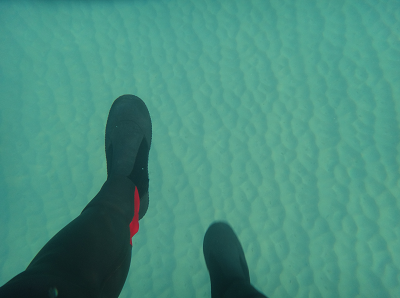 A closer look at the lake bottom 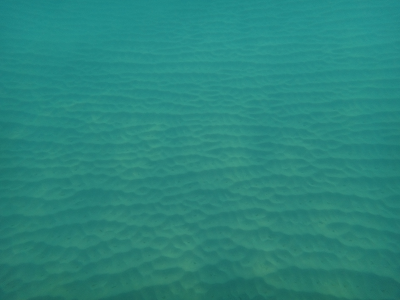 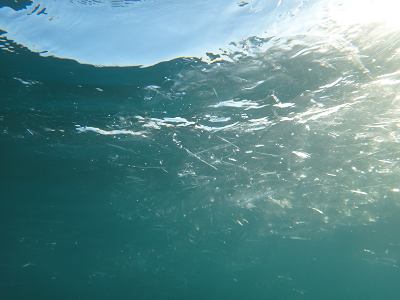 Martin finishing the wetsuit part of his swim 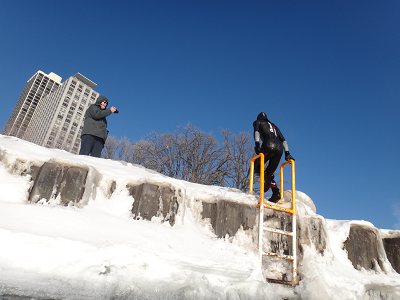 Nick drying off in the open air locker room 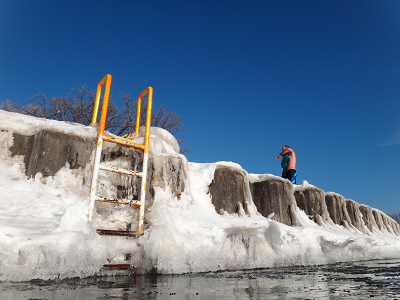 One last look back at the “aquarium” 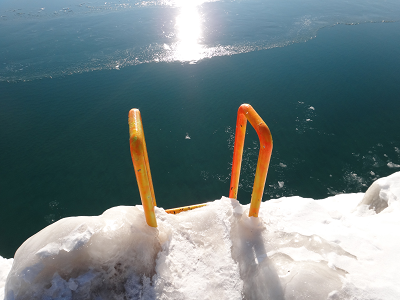