Five of us met out at L1 just a little before sunrise. The air, at 31F, was a bit nippy, but the lake was mostly calm.

We decided to wait a bit for the sun to peek out over the cloud wall to the east. In truth, it was just procrastination as we had to overcome a lot of inertia to summon the nerve to get into the lake!

After re-checking the lake’s surface temp (just over 43F) we suited up and gingerly climbed down L1 into the cold abyss. As expected, the first few minutes were a bit uncomfortable – particularly on the exposed areas of my face and neck. But that subsided by the 1/8 mile point, and it was a fairly textbook swim from that point onward.

I stopped at the 1/4 mile point and took some pictures and video clips. There were several runners out that morning on the lakefront path, and we got the usual looks of incredulity we’ve been accustomed to receiving since October.

I had a bit of difficulty with my right glove that required a brief exit from the lake. It was not completely covered by my wetsuit, so I was getting a constant inflow of cold water throughout the swim. Fortunately, Pete was riding by on his bike, and he helped me adjust it – something I could not do with both hands fully gloved!

When we finished up, it was a mad dash to get out of our freezing neoprene and into warm and dry clothes. But by then the sun was out in full force – and it really took the edge off of our “open air” swim locker room! 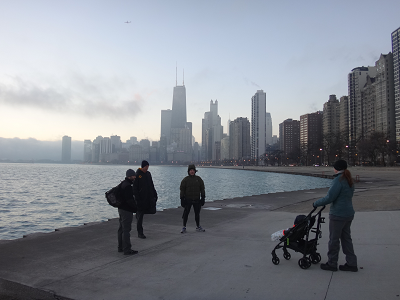 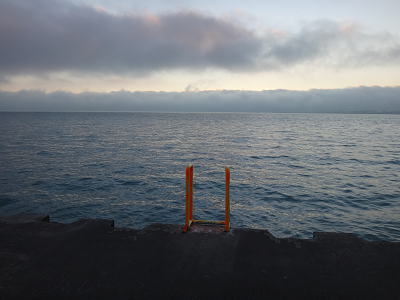 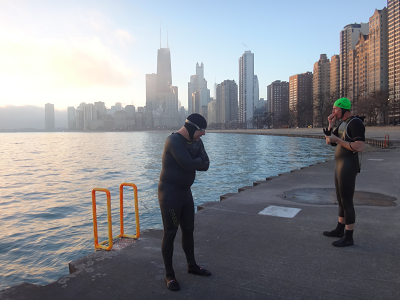 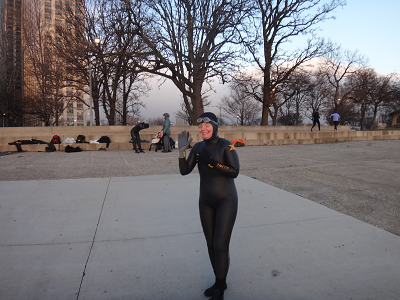 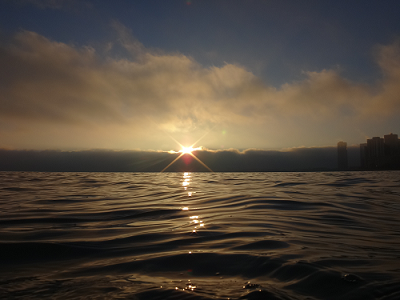 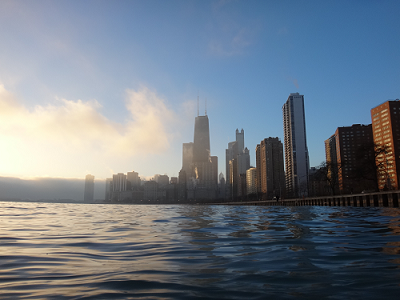 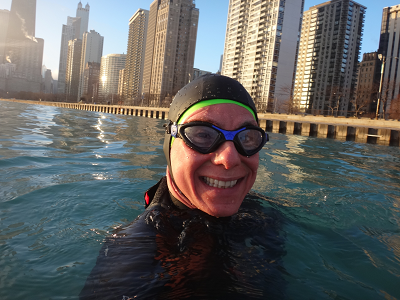 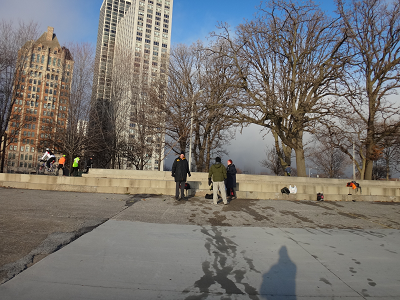 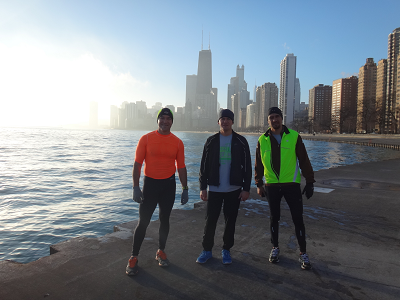 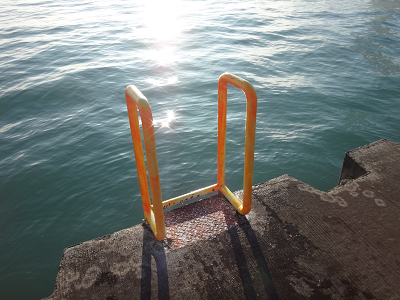