With the in-swim mercury at our favorite swim spot coming in at 38.1F, we’ve finally cracked the 40F floor and officially entered “the basement.” But the good news is that – thanks to the laws of thermodynamics – it can only drop another six degrees before it reaches a solid (i.e. unswimmable) state!

Four of us met out at L1 on Sunday morning, and we were fortunate enough to arrive just as the rainstorms were subsiding. It was still a bit foggy from all the precipitation, but the skies seemed to be clearing up in the west. So we waited a bit before starting our swim which gave us some time to enjoy a very brief but resplendent sunrise.

I avoided my usual masochistic tendencies and instead decided to go with my full winter setup. While my forearms and lower legs were still exposed, I had double layers of neoprene on my torso and core with a neoprene hood, gloves, and booties added in for protection of my extremities. And I was quite happy to be wearing all of this!

I had minimized the immersion shock through some pre-swim prep earlier in the morning, but the sub-40F lake was still pretty brutal on my exposed skin. My legs, in particular, hurt like hell for the first 2-3 minutes, making me wax nostalgic about the halcyon days when I wore a fullsuit in these conditions. I suspect at some point I will get back to that setup, but for now it’s still marginally tolerable.

The lake conditions were a bit challenging with 2-3 foot swells and zero visibility in the water. While the fog had dissipated somewhat, we still didn’t have much sunlight, so sighting was hit or miss at times in the undulating lake. Still, I managed to make it to the 1/8 mile point before turning back.

Overall, while it was a shorter swim, it was certainly a much more intense one. And 1/4 mile in these conditions is hell of a lot more of a workout than four times that distance in an indoor heated pool! 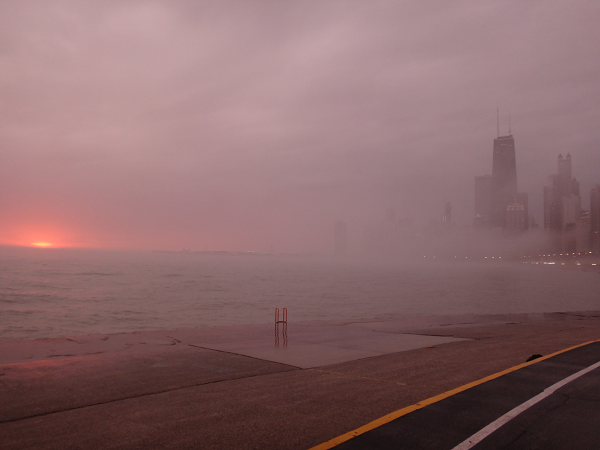 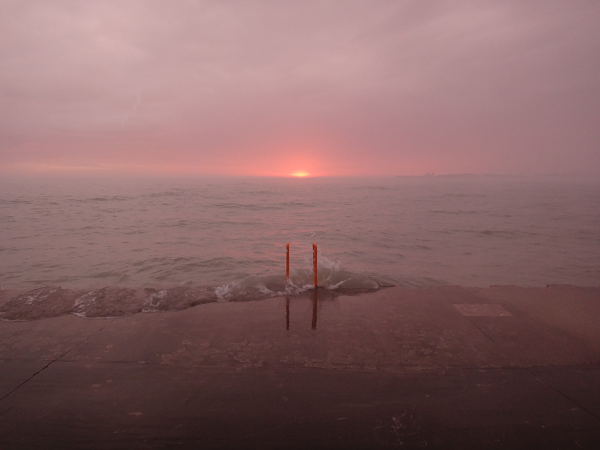 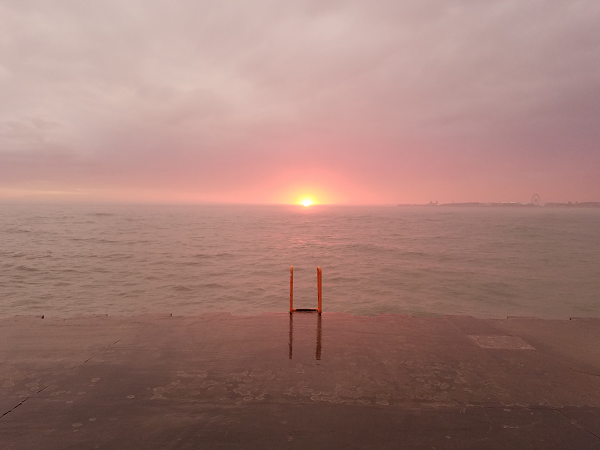 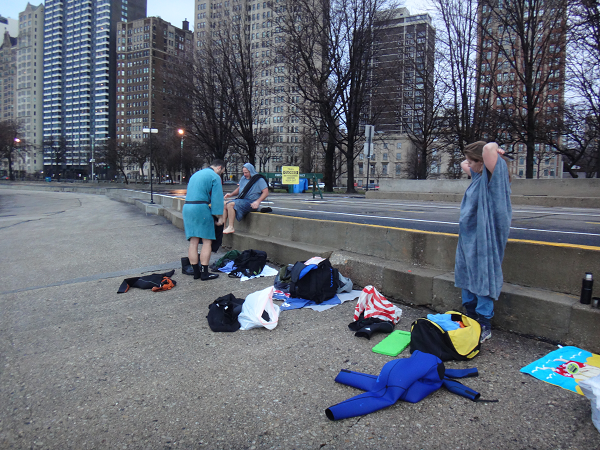 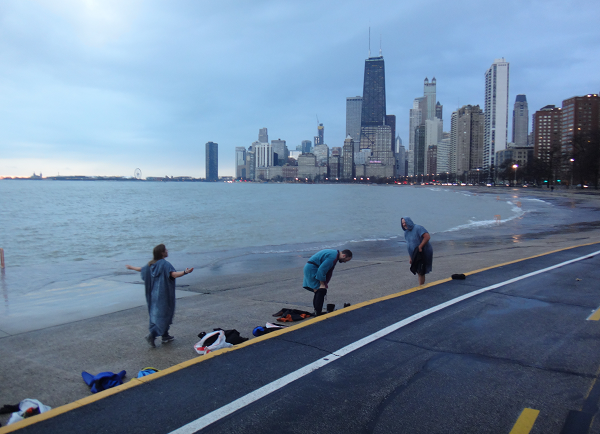