For some reason, we always seem to get a spectacular sunrise on Holy Saturday morning! The water conditions…well that was another story altogether.

Nick, Martin, and I arrived at L1 just as the sun was rising. And boy was it ever a magnificent one! The air temp came in at a brisk 39F with a slight wind from the north adding an extra bite to the cold. As we were already starting to get chilled just standing around, we quickly donned our gear and started our swim.

I continued the pattern of jogging down to Oak Street Beach to begin my swim. The quick run helps warm me up internally and puts me in the aerobic zone prior to getting into the water. There were some 3-5 foot waves breaking at the beach, but they were not as bracing as I was expecting. So our initial lake temp reading of 47F seemed to be accurate.

I slogged through the first 100 meters trying to stay as far away from the wall as possible. The lake itself was a royal mess with both waves and very ugly chops – the latter of which completely obliterated one’s ability to perform any smooth swim stroke. So it was more or less a test of endurance over speed.

After about 20 minutes, I made it back to L1 – but not without inhaling multiple mouthfuls of lake water. The real challenge was that you never knew how or when the chops were going to hit you. So trying to time one’s breathing was an exercise in futility.

Nevertheless, Mother Nature gave us some strong sunlight and a clear morning to help out out along the journey. And if that’s all we get on any given day, I’m okay with that! 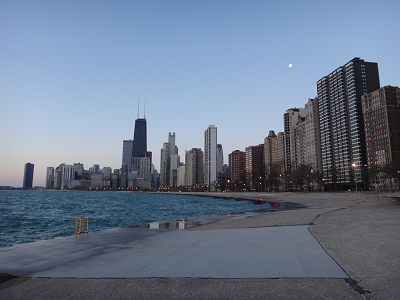 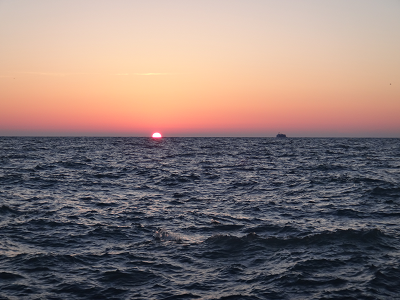 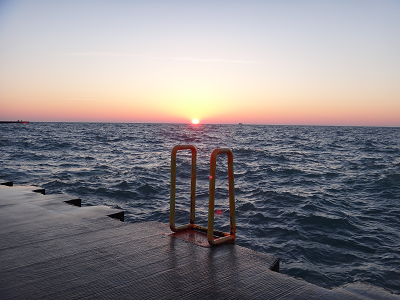 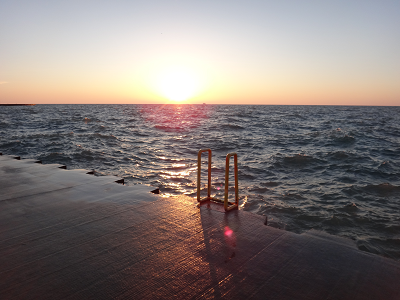 The mess we had to swim in 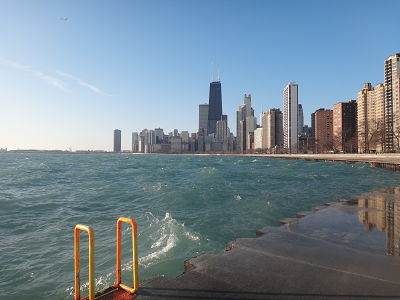 Video of sunrise and post-swim footage