My understanding is that Saturday was a pretty good day to get into the lake. The morning skies were clear with a wonderfully colorful sunrise, and the inclement weather was not set to move in until later that evening.

I could already see the whitecaps on the lake while southbound on Lake Shore Drive. I was hoping that the wind and currents would hit the L1 area at a less direct angle so as to make the area swimmable. However, this proved not to be the case at all.

Instead of morning swim bliss, we had utter chaos due to a sustained 15-20mph wind hitting us directly from the east. This produced some massive, high volume swells that would have been a nightmare to try out. But fortunately for Daniel and I, we had another option a mile south.

We returned to my car and hightailed it down to Ohio Street Beach to check out the conditions there. To our great fortune, the lake in that spot was rather civil. So we suited up and got in the lake before Ma Nature changed here mind – which she did during our swim.

The water was quite bracing even though it was holding steady at 51.2F – similar to last week. What made it so much more challenging was the total absence of any sunshine and the aforementioned sustained wind. However, at least we had the OSB breakwaters tempering the fury of the high volume swells to the north.

We made it to around the 1/4 mile point following the lakefront path wall. However, the wind had shifted during this time and was now coming at us directly from the south. So the return swim was a slow and tortuous crawl against a surprisingly vigorous current.

Despite all these obstacles, we did make it back unscathed – although swimming in just jammers and a neoprene cap was certainly a harrowing experience!

The mess at L1 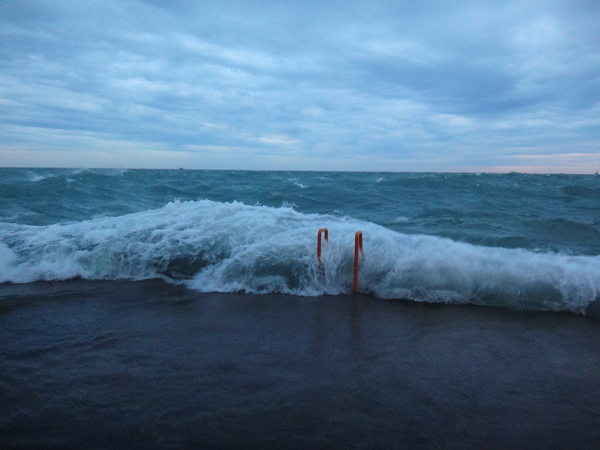 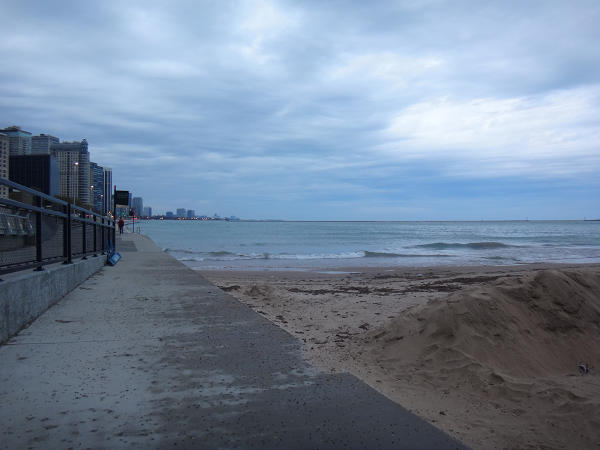 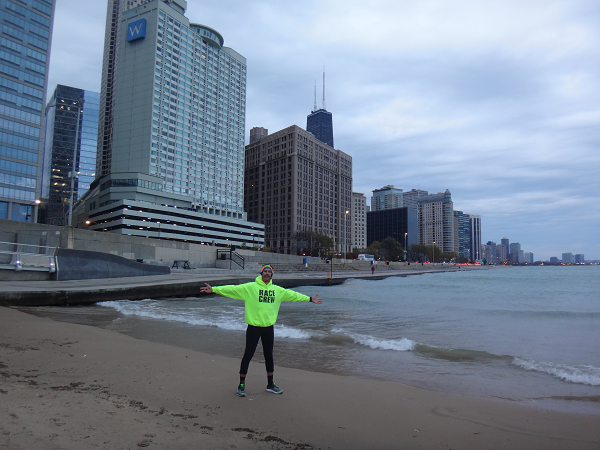