There really is no way to spin it – 5:15am is dreadfully early in the morning. Plus, the absolute last thing you want to do at that early hour on a Saturday is to jump into a cold, wavy lake. But we Lake Monsters are a hardy lot!

Ma Nature gave us a smackdown this morning with overcast skies, 53.8F water temperatures, and 2-4 foot swells that walloped us the entire time in the lake. Nevertheless, an intrepid crew of ten Lake Monsters tempted fate and got in a swim just after a very fleeting but resplendent sunrise.

The half mile to Oak Street Beach was actually fairly straightforward since we were swimming with the current. The way back to L1, though, was quite an ordeal. Being a slower swimmer, I was one of the last out of the water. So I got the benefit of all that extra time in the frigid lake (lucky me!).

A few of us stuck around for a while after the swim and socialized. By then the sun had started to come out more. Plus we had plenty of time (it was still only 6:30am, after all). But I was still in the throes of a persistent afterdrop, so I hightailed it back to my car to ratchet up the heat.

Yet another fun adventure out at the lake! 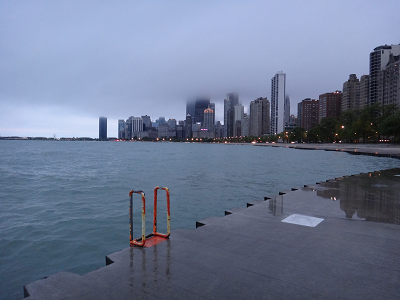 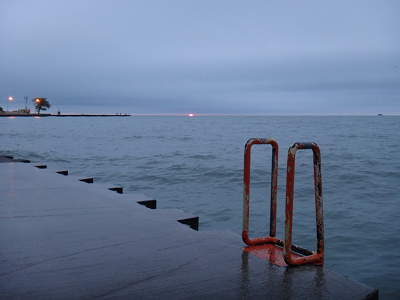 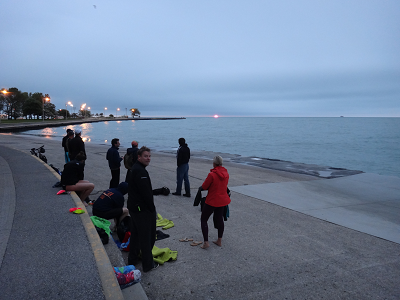 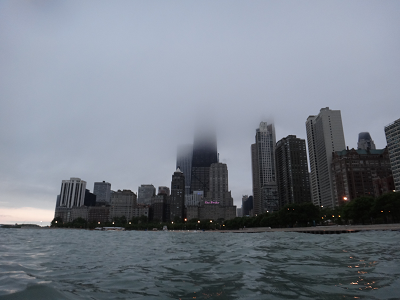 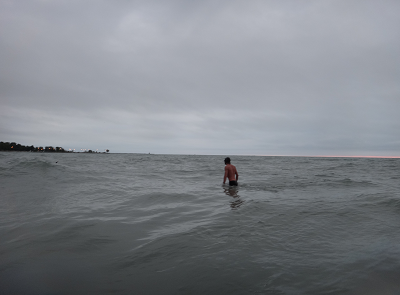 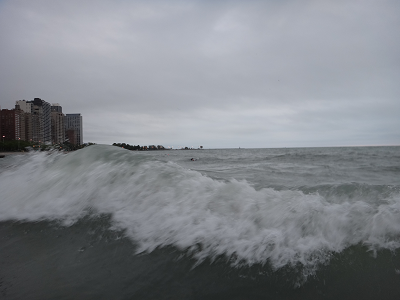 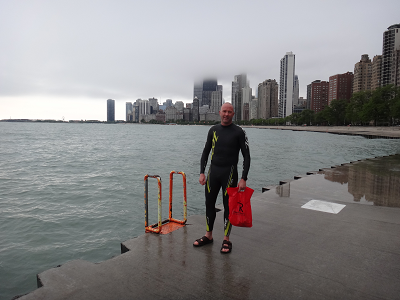 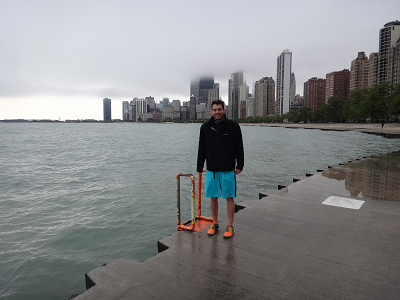 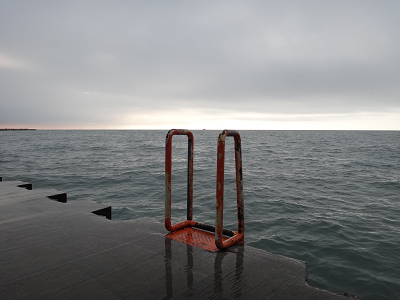 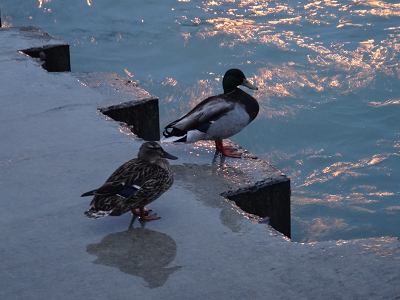