Once again, the weather gods cooperated this morning to give us a great swim!

Five of us met out at L1 for a special Sunday bonus meetup – and last official meetup of Spring 2017 – and the swimming conditions were about as perfect as it could get. The lake temp came in at 63.1F, and the overcast skies began to burn off while we were getting suited up, giving the sun a chance to shine through.

The initial immersion was a bit crisp given that the thermocline layer was really close to the surface around L1. But it was more than tolerable with the 73F air temperature.

I did the same 1/2 mile route as yesterday – a landing at Oak Street Beach followed by a walk back to L1. There were definitely some cold spots along the way, but the lake was amazingly clear – so much so that I had to dive down to the bottom several times to check out some of the items that people had either lost or inadvertently tossed into the lake.

As I’ve said repeatedly in the past, we typically tend to luck out with the weather and lake conditions around sunrise – even if the weather forecast is gloomy for that hour. For some reason, if there’s going to be inclement weather, it doesn’t usually kick in until later in the morning.

So don’t get discouraged by all the talking heads on the news channels. Trust the lake instead! 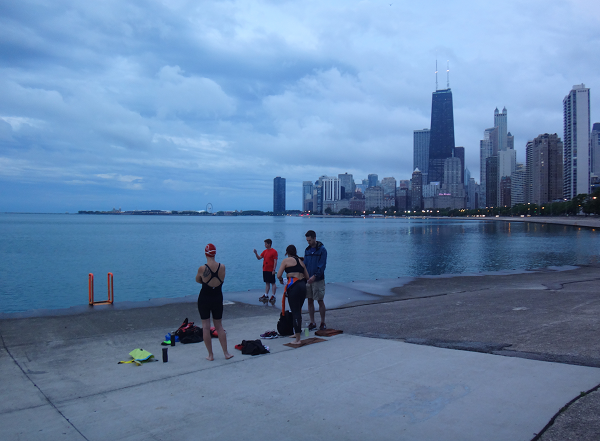 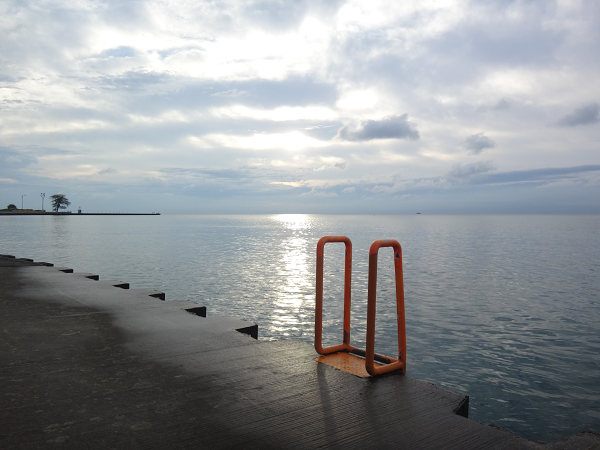 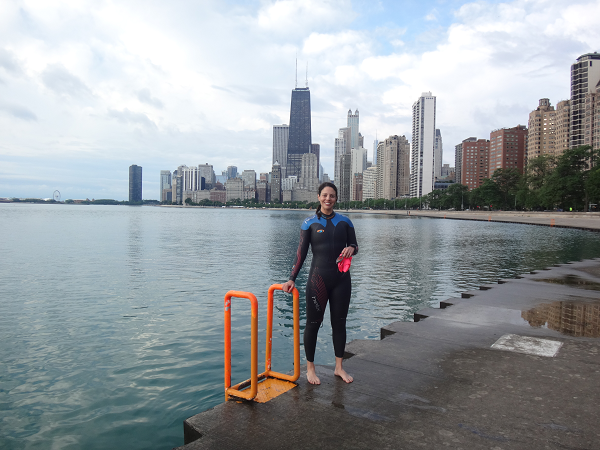 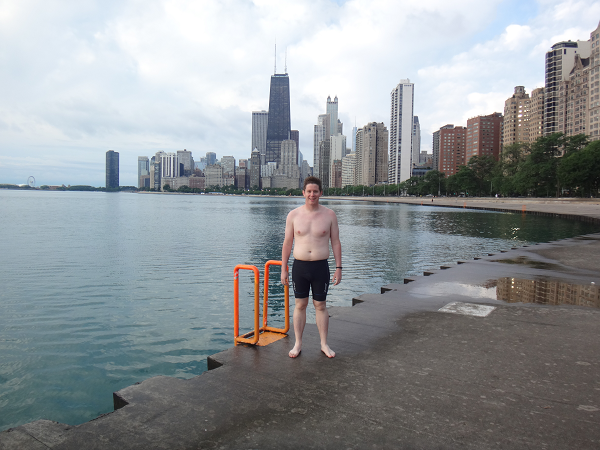