Four of us met out at L1 for our first official winter meetup, and it was a rather brisk morning out at the old’ swim site. But not enough to keep us out of the lake!

The water temp came in at an estimated 36F, but the air temp was a chilly 30F with intermittent gusts from the southeast that sliced into my exposed hands while I was changing into my swim gear. We made short work of the pre-swim prep and quickly got in the lake. The initial immersion was a bit bracing, but not as agonizing on my exposed skin as last week – hence my assertion that the lake was a degree or two warmer than last Sunday.

I made it to the 1/8 mile post before turning around. The way back was a bit more challenging as the swells seemed to have picked up a bit, but I managed to make it back to L1 relatively unscathed.

Given that I had to be back home by 8:15, I decided to splurge and park at the NAB lot. So I was spared the tortuous trek back to Clark Street and instead got to the sanctuary of my heated car after only a short sprint.

You have to appreciate the little things this time of year! 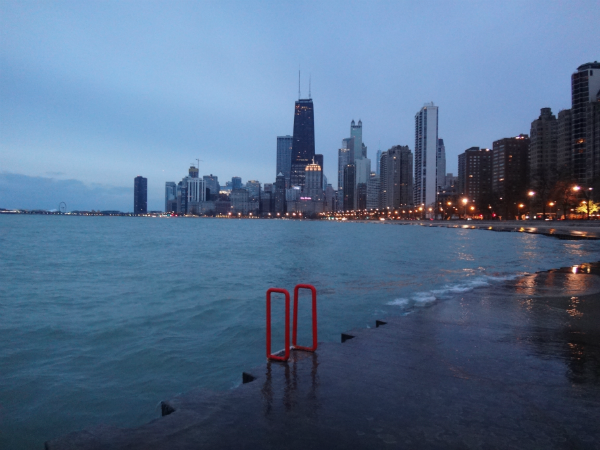 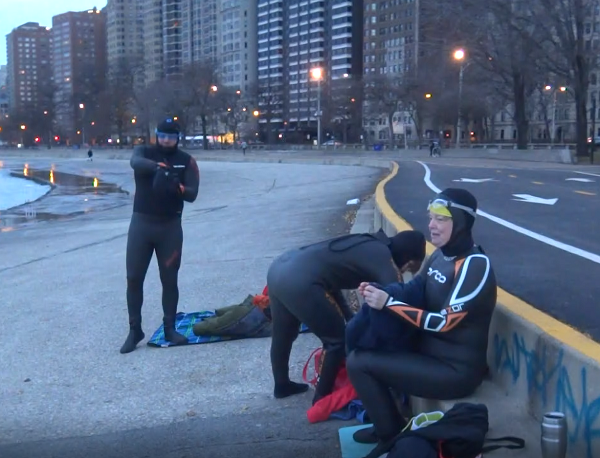