Last week was quite a chaotic one for Lake Michigan. On the west shore, we saw some very heavy swells that created all sorts of chaos for Chicago beach goers. The east shore, however, took it on the chin when a thermocline inversion plunged the lake temperature into the mid 40Fs at some sites.

Fortunately for us, Ma Nature must have decided to sleep in after all this activity, so Saturday morning was a welcome respite from her wrath!

Not unlike a besotted clubgoer, Ma Nature forwent an early bedtime on Friday and instead came in raging on Saturday morning at around 4:00am. After about an hour of sound and fury, she finally went down for the night – but not after interrupting the precious slumber of those of us who actually retire early with the vain hope of waking up refreshed and energized for the weekend.

A mostly bleary eyed commute to L1 was somewhat ameliorated by my perfunctory blonde roast at the Starbucks drive through. Nevertheless, I was hoping that the lake wasn’t going to give me anything too challenging. And luckily, it didn’t!

The storm receding out to the east had left a calm lake in its wake along with a very comfortable 71.4F water temperature. So after more than a bit of socializing, we all geared up and got into the lake.

I went with my summer minimalism setup – swim trunks and goggles – and did my one-way journey to Oak Street Beach before walking back. By then the overcast skies were burning off and the sun actually peeked out from behind a large cloud wall just as I arrived again at L1.

The later swim time and warmer weather brought out some new faces as well as some seasoned swimmers. So all the ruckus from a few hours earlier failed to deter the mighty Lake Monsters! 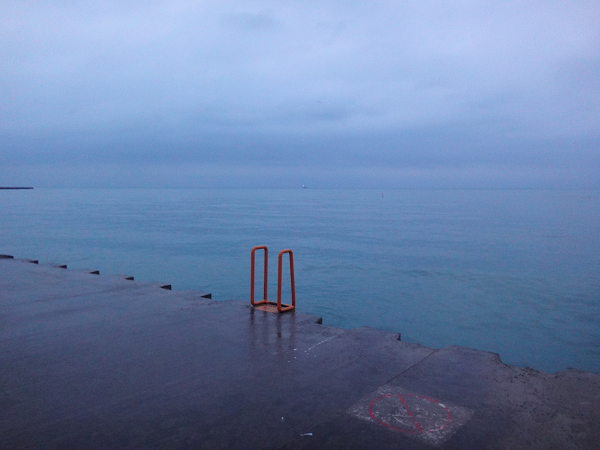 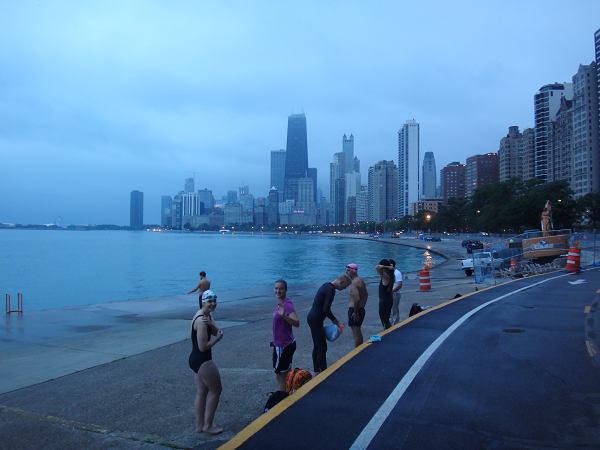 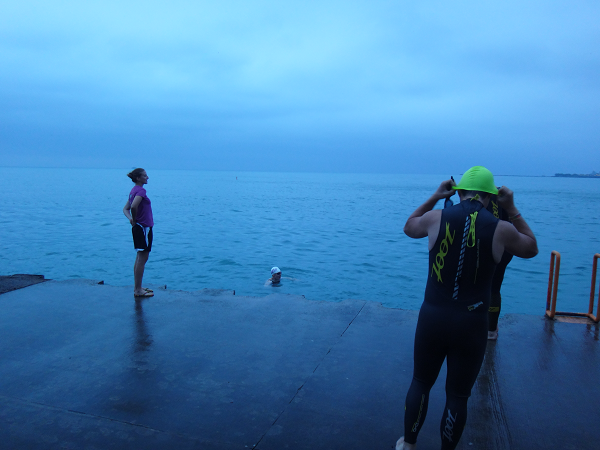 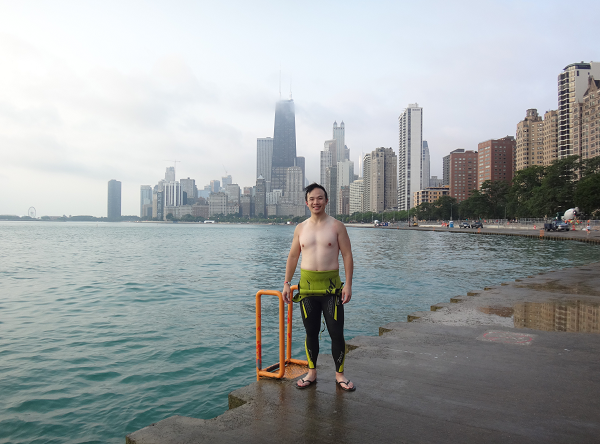 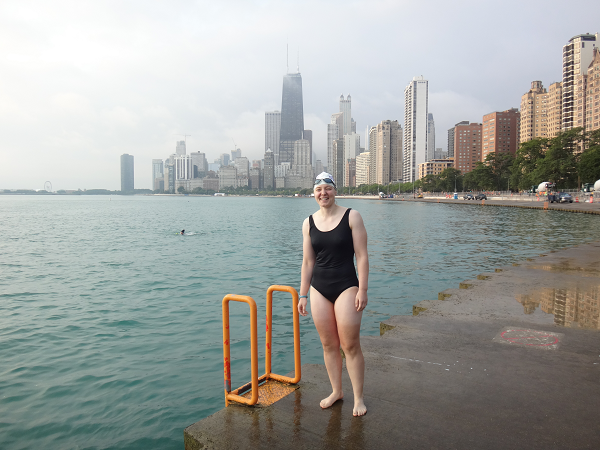 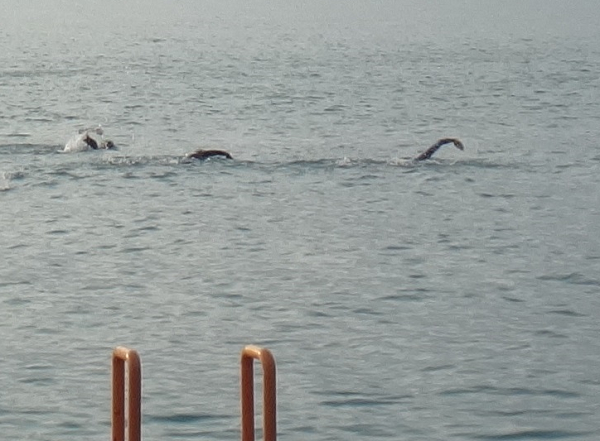