While I was still fighting off the cursed evil twins of jet lag and hay fever, a small crew of intrepid swimmers braved the turbulent waters Sunday morning and showed Lake Michigan that we Lake Monsters are not easily deterred!

Nick made it out to L1 and was kind enough to lead the group and take a few shots. Per Nick:

There were 3 new lake monsters, Dottie, Heather and Jeri-Lou. I didn’t take a video but the air temp was right around 60 with an estimated water temp in the 62-65 range, 4-6 foot swells and a light rain. Not the ideal swimming conditions but we managed to get our mile in. Dotti and I made a beach landing in hopes of doing some bodysurfing but the waves were not crashing as I was expecting…I was freezing so the pictures are not the greatest.

Below are some shots Nick sent. I don’t know if there are any of Heather, but I’d be happy to add them to this post if anyone else took some! 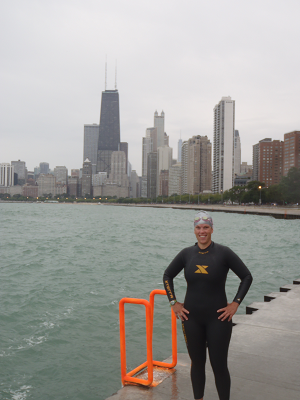 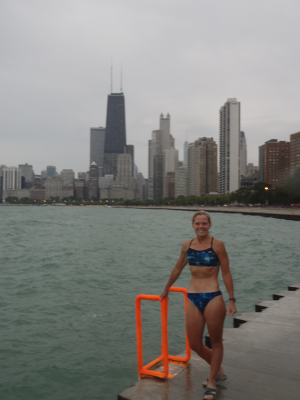