We had a full on thunderstorm going on when I arrived in the vicinity of L1. I was a bit early, so I found a parking spot on Astor Street and waited out the tempest until things died down a bit. However, we still had plenty of thunder and lightning when I traversed the pedestrian tunnel and came out on the other side by the Chess Pavilion.

I had pretty much resigned myself to having a swimless morning, but I was curious to find out the lake temperature. So I plopped in my thermometer which gave me an agonizingly unfair reading of 65.4F.

At 6:50am, I could still see lightning flashes to the east, so I reset the clock and hoped that no more bolts would appear before 7:20am. In the meantime, Nicole had shown up and we congregated underneath the Chess Pavilion along with some runners who were waiting out the now downpour conditions.

Thirty minutes went by, and it became apparent that the storm gods had decided to move on to a more interesting venue. So the swim was a go (yay)!

The lake seemed a bit brisk since we had no sunshine, but I was still able to do my 1/2 mile in just my jammers and goggles. I kept closer to the shore so I could make a quick exit in the event that any thunder or lightning reappeared. But luck was with us that morning, and we had no problems whatsoever from Ma Nature.

Wish you all would have shown up! 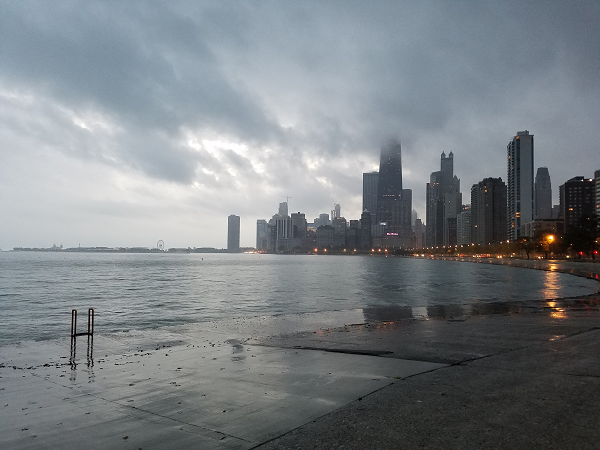 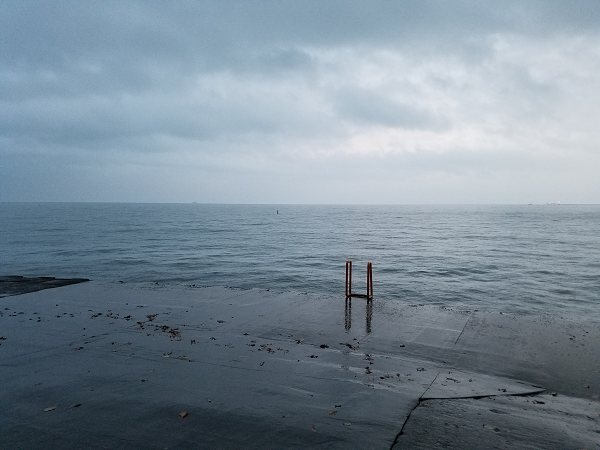 The swim is on! 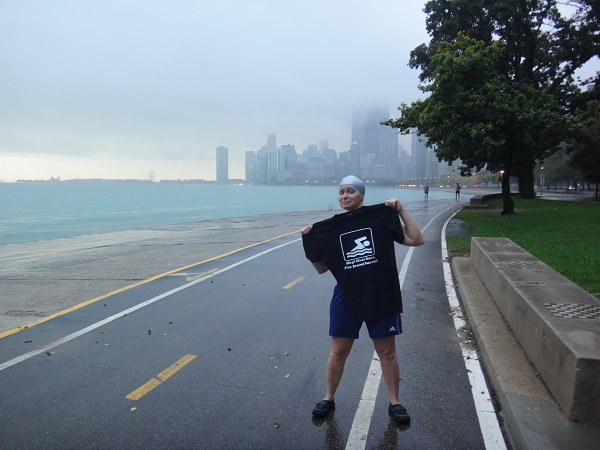 Proof that we actually got in the lake! 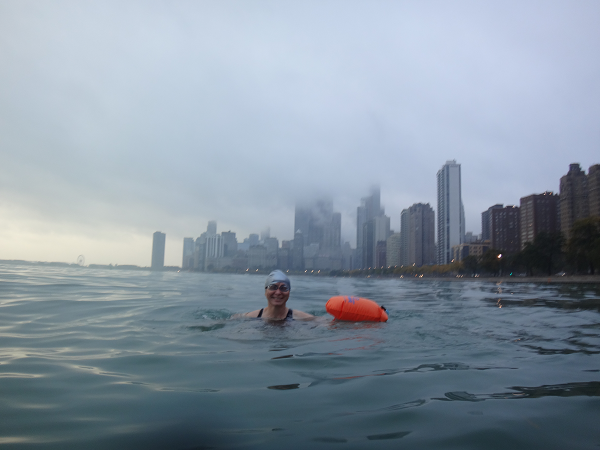 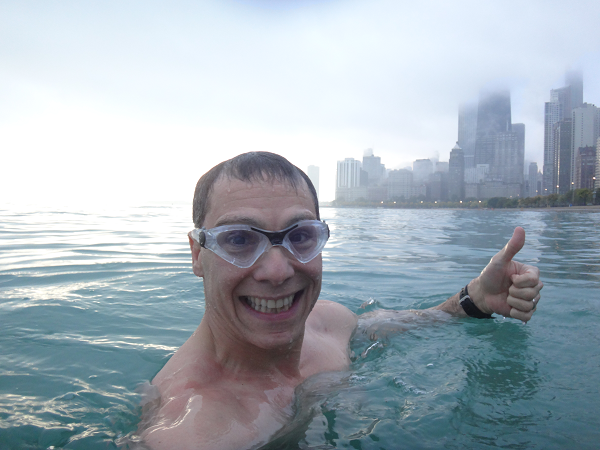 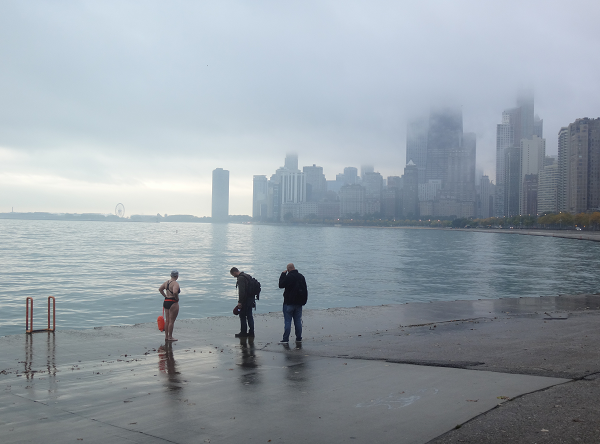 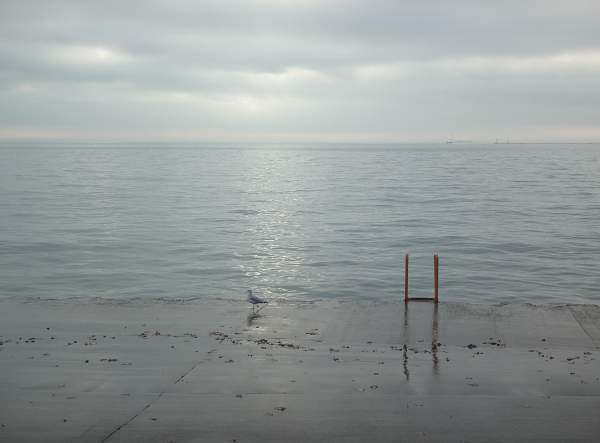