Once again, Ma Nature greeted us with overcast skies and a sustained 10mph wind from the north that converted the lake into a largely ungovernable mess. But since we had gotten up early and made the effort to get out to the lakefront, it was incumbent on us to at least test out the water!

Fortunately for us, the lake had warmed up a bit with the official in-swim mercury coming in at 37.8F. And while this may not seen very balmy to many of you reading this post, I can assure you that the difference between 37F and 34F in terms of comfort (read pain) level is nothing short of monumental!

Just as with last week, I couldn’t get in any sort of swim rhythm in the cops, and the increasing swells kept pushing me towards the side wall where the turbulence was even worse. So I basically flailed about until I reached the 1/8 mile point before turning back.

Post-swim wasn’t as harrowing as normal as the air temperature had almost reach 40F and the sun was starting to peek out from the clouds a bit. But all that extra effort fighting the lake had pretty much drained me, so my afterdrop was somewhat lengthier and more intense than normal. 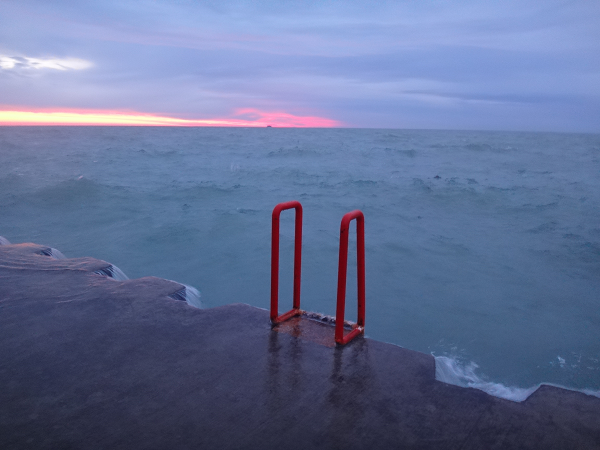 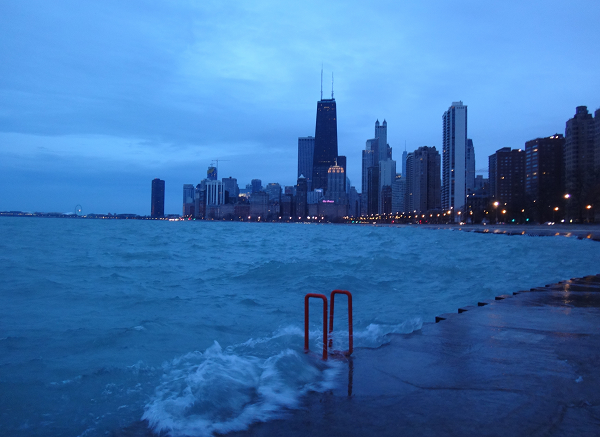 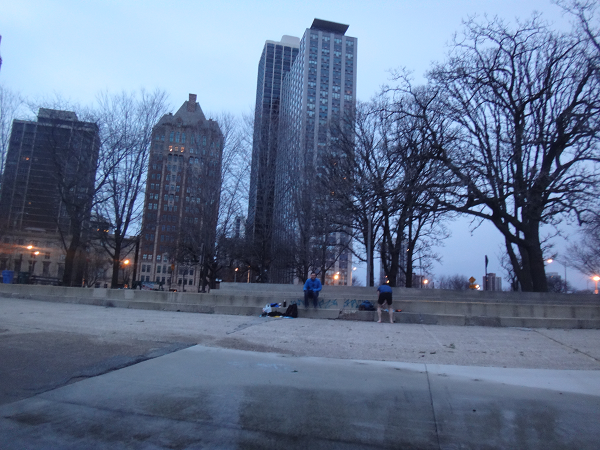 Rob in the chops! 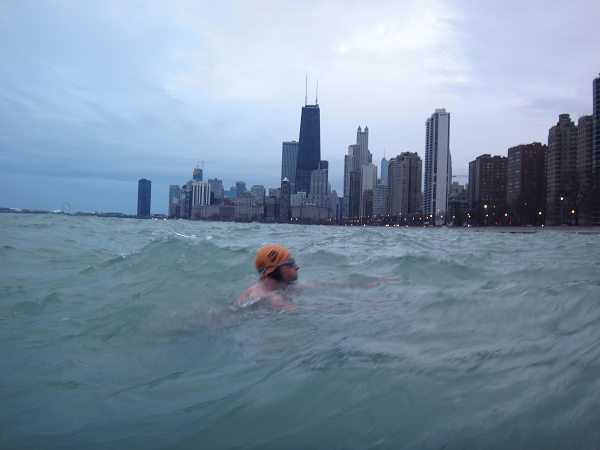