The great thing about freezing rain is that it is 32F – the exact same temperature as the lake this time of year. This means we don’t have issues with our goggles fogging up during the swim!

Marton and I met out at L1 at 7:30am earlier today, and L1 was a completely iced over – well past where the buoys normally are during the warmer months. We deliberated going up to Montrose Beach, but we instead decided to check out North Avenue Beach. And lucky for us, NAB was clear!

We were already suited up (I was, at least, since Marton went sans wetsuit), so we quickly got in the lake and waded out to where the depth was chest-level. A slight but sustained wind from the south/southeast gave us a bit of a challenge on the return leg of the swim. However, I was surprised at how comfortable I was in the colder water as compared with some of our swims in December.

It looks as if I am finally acclimating to Old Man Winter! 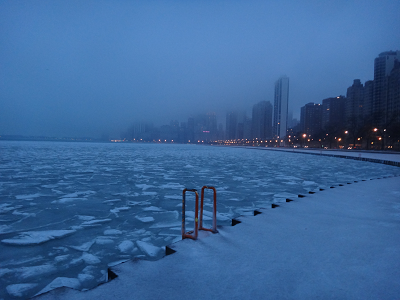 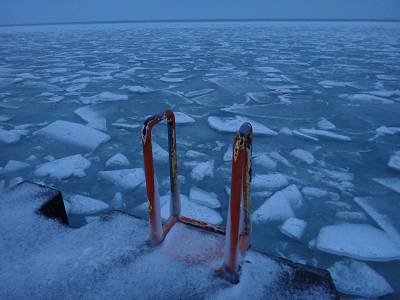 But NAB free and clear! 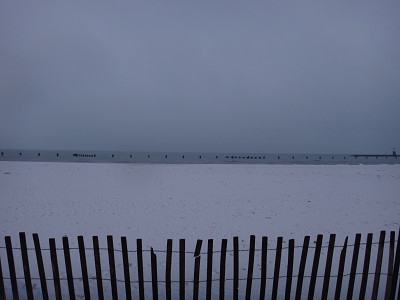