Winter arrived a bit early this year, and last week’s air temperature plunge really brought the lake into the basement on Saturday. Still, five of us made it out to the ole’ swim site and managed to get in a workout while we had a break in the snow storms!

The air temp out at 7:00am was a brisk 24F which, believe it or not, turned out to be the high temperature for the entire weekend. But that didn’t bother me that much as I was already pretty heated up after having to hack away at the ice around L1 in order to clear out a swim entry area for us.

As far as the lake temp…there’s no way to candy coat it. At 33.6F the water was simply ferocious.

I went with the same neoprene-based set up as last week – 1.5mm short sleeve dive shirt, 3mm shorts, 3mm hood, 5mm gloves, and 7mm dive boots. I also put on heaps of petroleum jelly on my face, neck, torso, and exposed areas of my arms and legs. Fortunately, this turned out to be more than adequate for the time I was in the lake.

I made it about 30 meters past the brilliant orange 1/8 mile mark and stopped by an ice floe to take a few shots from the water level. Fred and Tim had gone further out to where the open water ended in an ice shelf. And while I would have loved to have joined them out there, I did not want to extend my swim any longer than necessary given my limited accouterments.

Just for fun and games, I climb on top of the ice floe near me. It was much thicker below the surface of the water than it appeared, but it hadn’t completely frozen through. So instead of being able to stand on top of it, the floe just came apart beneath me (but not before barking my shin – ouch!).

The post-swim gear change experience was its usual frenetic trauma. But luckily, I only had to rush back to the North Avenue Beach lot before leaping into a heated car. Still, even with all this convenience, there was no way to avoid a vigorous afterdrop! 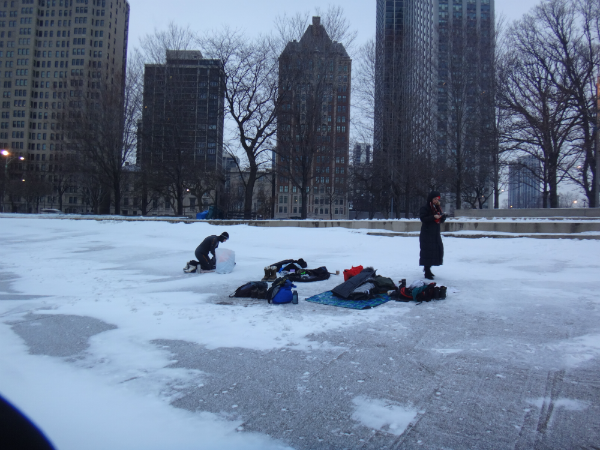 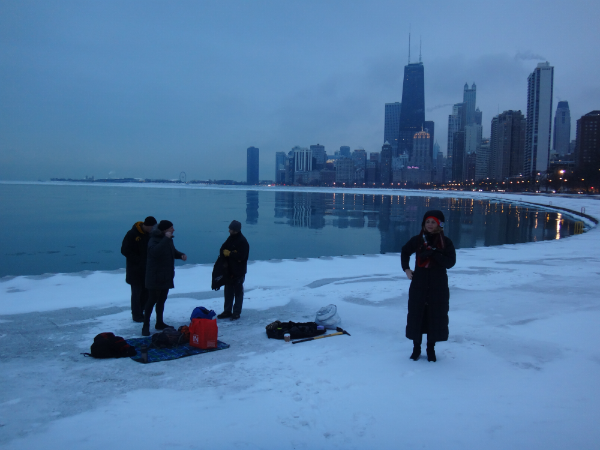 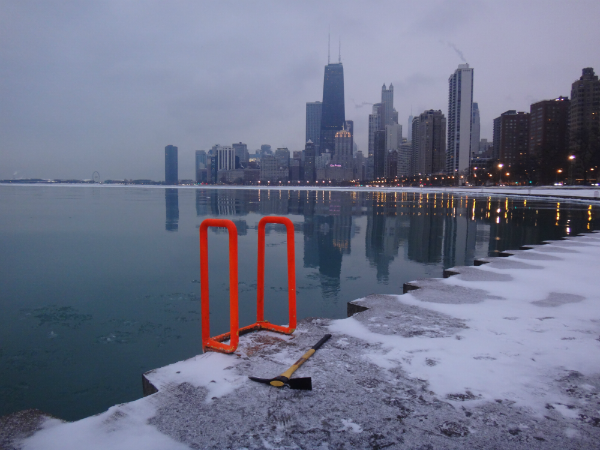 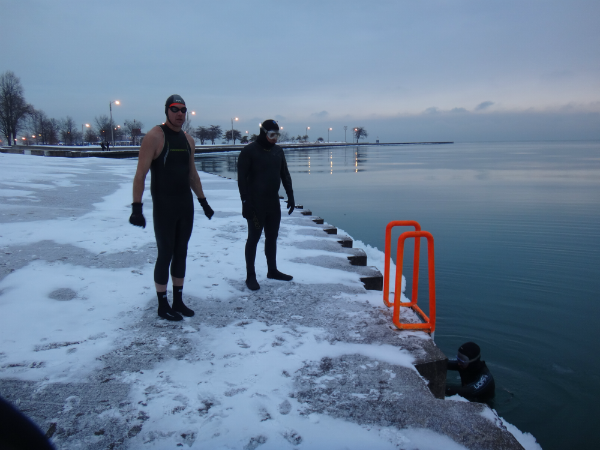 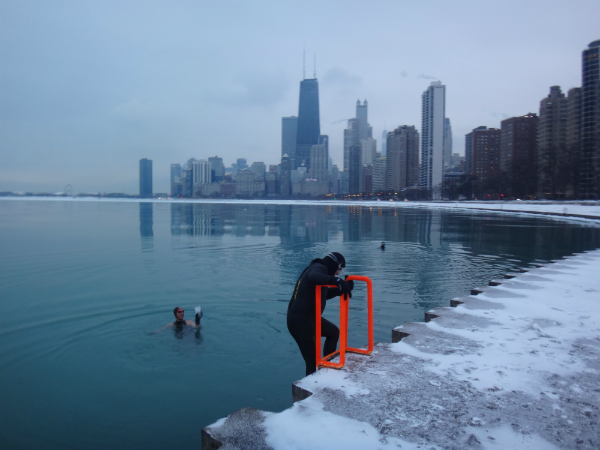 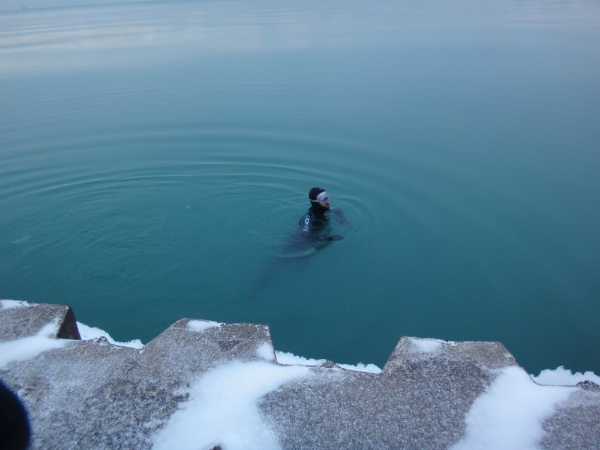 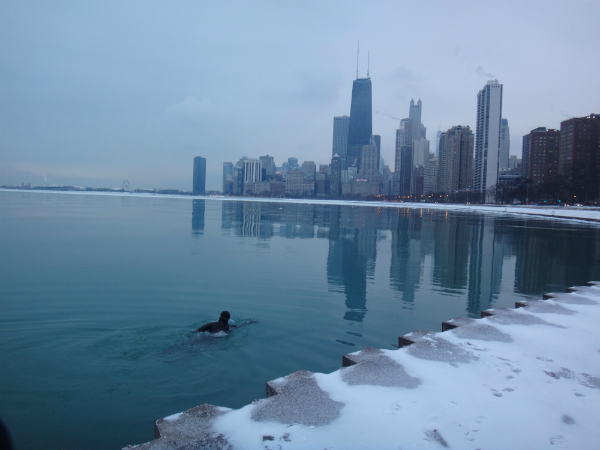 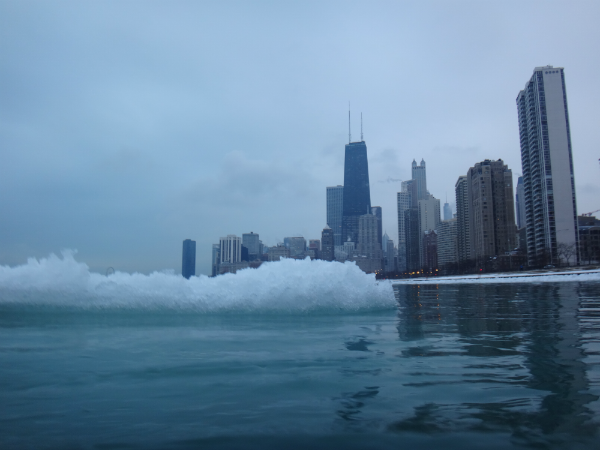 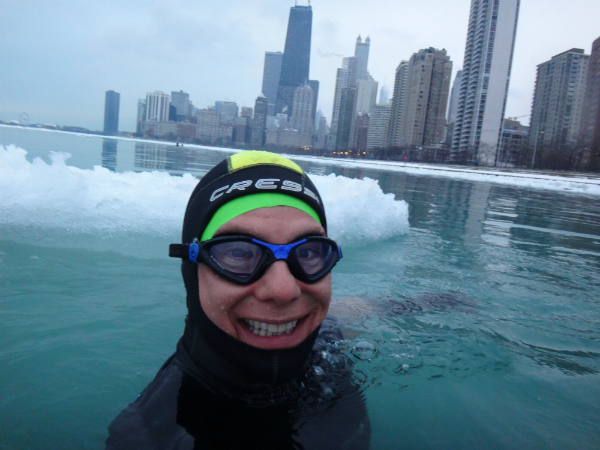