Dave was out at L1 a short while ago and alerted me of a new and very distressing development. It appears that all access to the lakefront has been banned until further notice due to excessive levels of potentially toxic chemical contaminants in the water, specifically dihydrogen monoxide (DHMO). 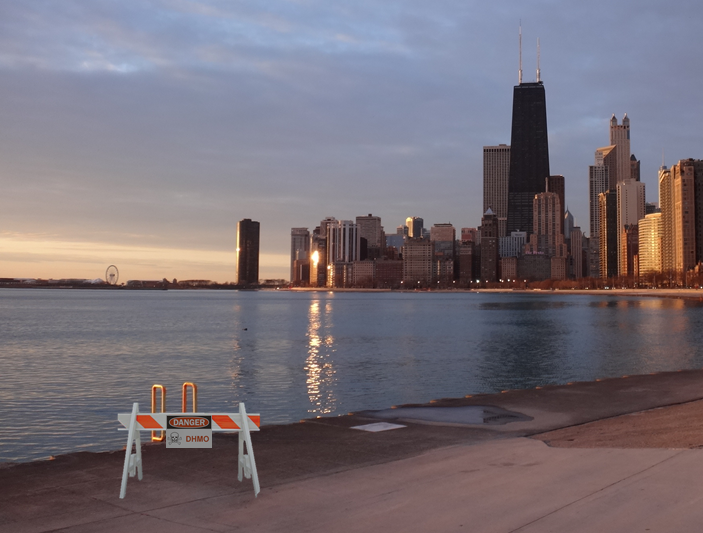 DHMO, also known as hydroxylic acid, is an industrial solvent and coolant that is used, among other things, in the production of silicon wafers and in nuclear power plants. It is also used extensively in the distribution of pesticides and is a key component of toxic agricultural runoff. In the Midwest alone DHMO has caused millions of dollars of property damage due to its corrosive effect on infrastructure.

From a human health and safety perspective, DHMO exposure can be especially harmful – and even fatal. Accidental inhalation of DHMO, even in small quantities, can cause severe injury or even death, and prolonged exposure to solid DHMO causes severe tissue damage. Known as the “silent killer,” DHMO toxicity is responsible for over 300,000 fatalities each year worldwide.

The health and safety of all OWC swimmers is the number one priority to us.

In compliance with this lakefront ban, OWC will discontinue all meetups immediately.